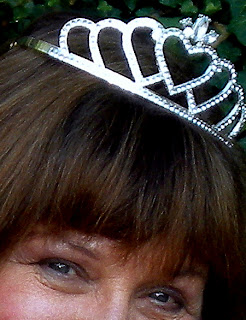 What a joy to have King Ron, children, 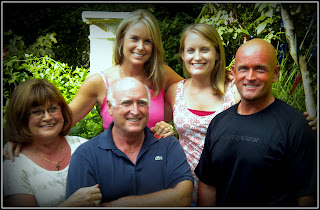 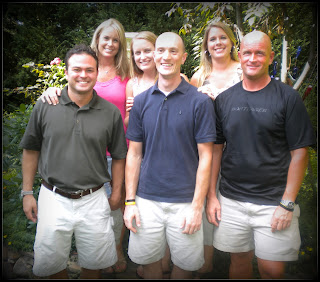 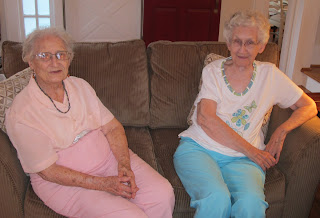 ..and grandson, to celebrate with me! 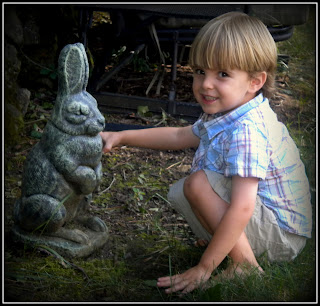 Where has this life gone?
James 4:14 says...It is even a vapor that appeareth for a little time, and then vanishes away...
Psalm 39: 5 says... You, indeed, have made my days short in length, and my life span as nothing in Your sight. Yes, every mortal man is only vapor.
Sooooooooooo......make each day count, whether you are blowing out 1 candle... 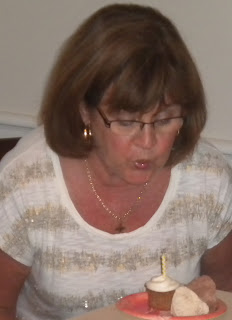 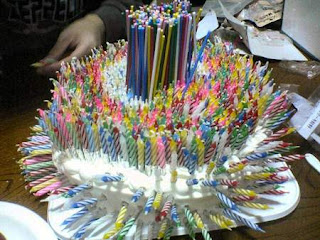 April 25, 2005|By Ellen Goodman
- A few years ago, I faced one of those ethical quandaries that don't turn up in journalism class. My birthday was announced in the newspaper date book.
This was startling enough except for the fact that the paper had lopped about three years off the actual number.
What's a good journalist, let alone a good feminist, to do? Did I have a moral obligation to write a correction? Was it ethical to live with the error of their ways?
I never had to resolve this dilemma because apparently some college classmate outed me.
This brings me to the number of candles that now grace the cake of my life: 64.
By any normal account, this is a thoroughly unremarkable birthday. There are no zeroes to attract attention. Nor any fives, for that matter. Not even Medicare cares.
If anything, 64 is designated as the outermost edge of middle age, as if we were all going to live to be 128.
But it's unexpected numbers that have meant the most to me. I was struck by 29, because it was officially too late to be the youngest anything. I was hit upside the head at 36 because at 36 Mozart was already dead. I decided I'd rather be alive than be Mozart. I was startled by 58 because I had outlived my father. 'Nuff said.
This birthday, however, came humming into my mind. It's not the bureaucracy but the Beatles, not the near-senior status but the song, that imprinted 64 into my consciousness.
In 1967, when the members of Sergeant Pepper's Lonely Hearts Club Band and I were all in our 20s, 64 was the impossibly distant and decrepit old age that raised the question: "Will you still need me, will you still feed me, when I'm 64?"
Now I am just ahead of Paul McCartney himself in getting those "birthday greetings, bottle of wine." For me, at least, 64 feels less like a slippery slope toward slippers - "You can knit a sweater by the fireside" - than another adolescence, only without the acne and the hormones and the identity crisis. Usually.
It turns out that 64 is an out-of-body experience. I'm not just talking about cellulite and memory loss. The magazine articles that promise "Look Great At Any Age" don't count my age in their "any." I am not even eligible for Extreme Makeover - though with friends who have survived cancer, the idea of "elective surgery" sounds like tempting the gods.
As for the in-body experience, the goal of exercise is no longer to look buff in a tank top. It's to get the carry-on bag in the overhead bin. With luck, by 64, you finally have perspective on the 32-year-old who was so critical of herself. Ha. Do you really want to be miserable about the 64-year-old ripples and wrinkles that you will look back on with envy at 82? Fuggedabout it.
More to the point, 64 is a kind of adolescence because, in numbers that would shock our Beatle-crazed younger selves, we find ourselves asking, "What am I going to do with the rest of my life?" It doesn't actually matter that the "rest" is shorter than it was - we approach it with the same sense of curiosity. Or maybe it does matter that there is less of the rest: We better get on the case.

At 64 you can still buy green bananas. At 64 you can - and should - plant a tree. But you also better know that there's no time to waste. And better figure what is and isn't waste.
Anne Lamott once wrote that on the day she dies she wants to have dessert. I want to have chocolate. Dark chocolate. I don't have time to waste on milk chocolate. Or on resentment, or on regrets. At least not on good days.
You don't get to 64 without losses. Huge losses. So this adolescence is also about resilience in the face of loss and gratitude in the face of bounty.
At twentysomething, the Beatles sang a love-and-fear song. I wish I could have told the younger me what the older me knows about love and fear. At 64, I do have people who need me, feed me. And I have people I need, feed. Here's the funny part. It looks like - who knew? - these are my good old days. OK, my good and not-quite-yet-old days!

AND THIS IS HOW OUR GARDEN GROWS...

CAN YOU SAY AWESOME????
A stellar week in our front and back yard!
Harvesting the veggies is fun!
Not a bad looking gardener, either!!! ♥
I've  learned that not everything grows as planned, kinda like life....things just happen, no matter how much we think we can!


Mistakes happen, but it doesn't mean that they are failures, it just means that we are suppose to learn something from them!
I've also learned that if you neglect or ignore things, you not only run the risk of killing them off, but, at the very least, they will not thrive and live a healthy life. This is true for the important people in our lives. If we take them for granted by burying ourselves in work, or things, or other people, our relationships will not be healthy and happy and can certainly die as well
Gardening has also taught me to be more patient and to let things happen in their own time. You cannot rush nature’s rhythm and timing. A seed will only grow as fast as it can. Fruit and vegetables will only ripen when it is time for them to ripen. Trying to pressure them into being ready when they are not is futile.
Gardening requires consistent care! One of the best ways to ensure failure in your garden is to provide it with inconsistent or non-existent care. How so? Give it lots of attention at first, and then ignore it for weeks at a time, like watering it deeply and then waiting for it to completely dry out before you water again.
What tips do you have?
Comments welcomed!
UNTIL NEXT TIME....