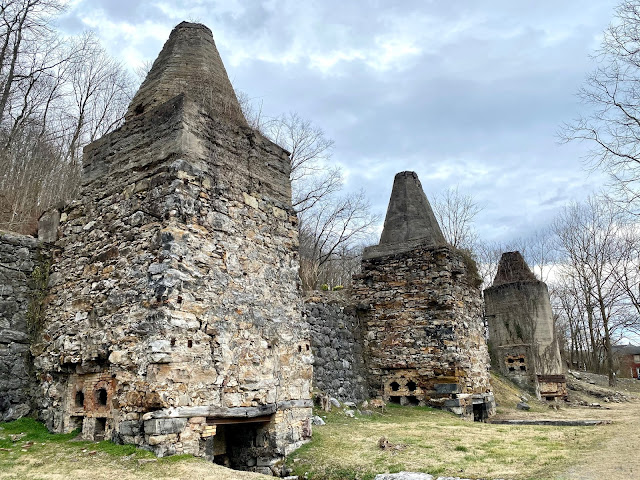 What an invigorating day trip Friday to Eagle Rock, Iron Gate, Selma, and Clifton Forge. It was a step back in time, off the beaten path, and included stops to fill in a few genealogy missing pieces!

First stop in Eagle Rock included the 19th century kilns for making lime.  The lime was sold to farmers, as well as to many furnaces in the area for making PIG IRON. 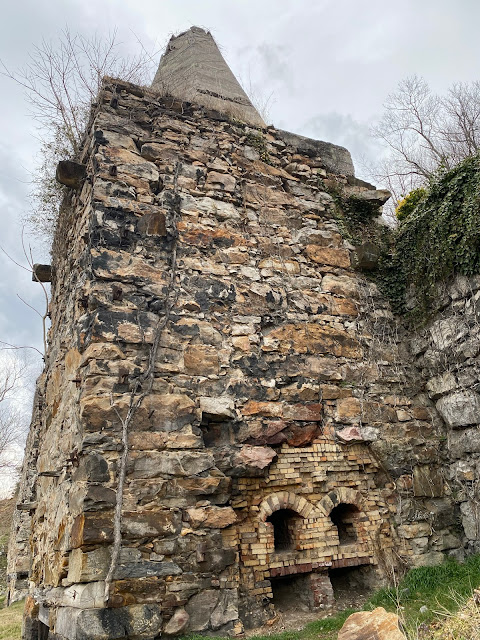 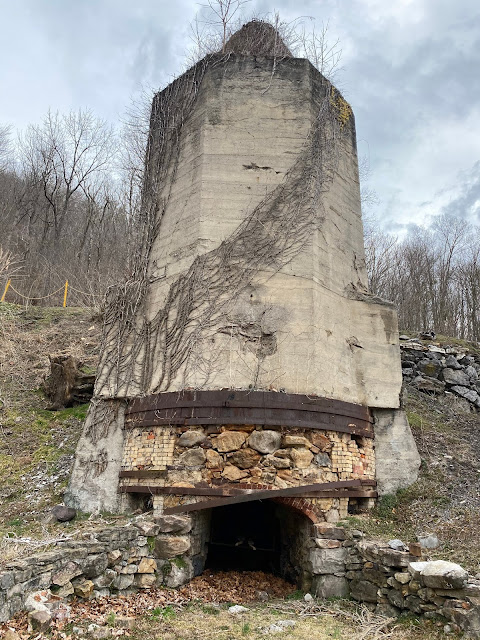 Directly across the railroad tracks is this better visual of the placement of the kilns. 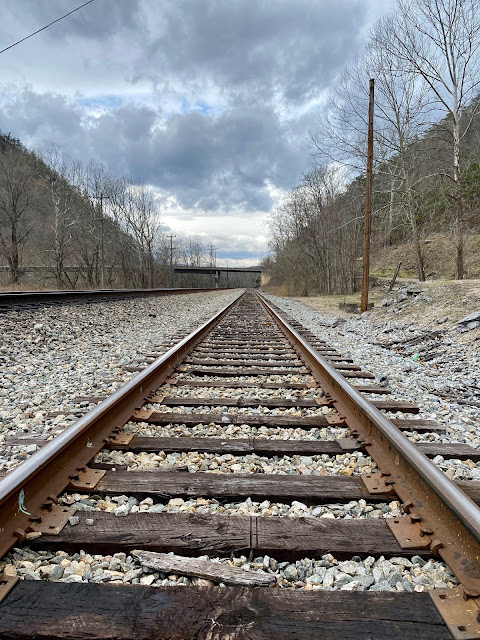 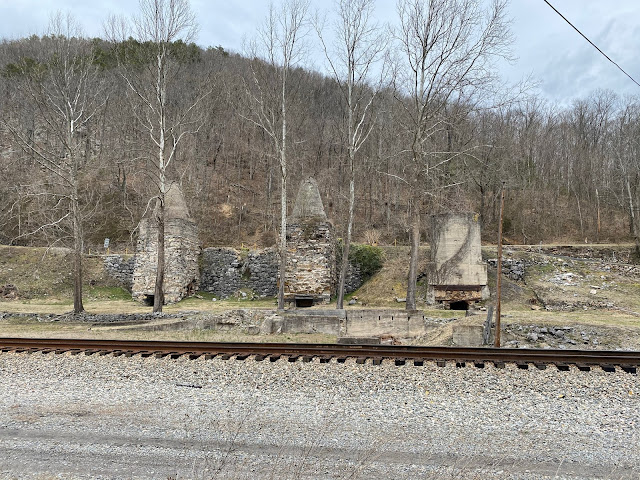 Looking behind the tracks, toward the river, was the bridge that was used to carry the lime. 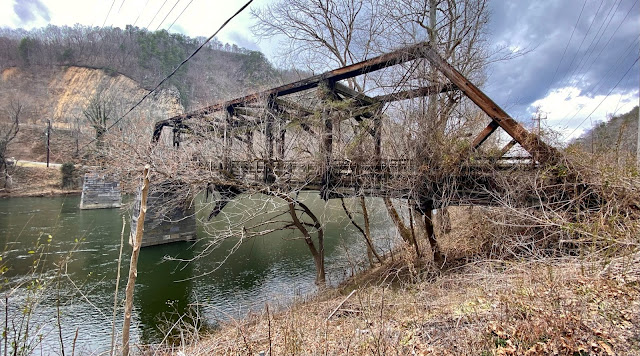 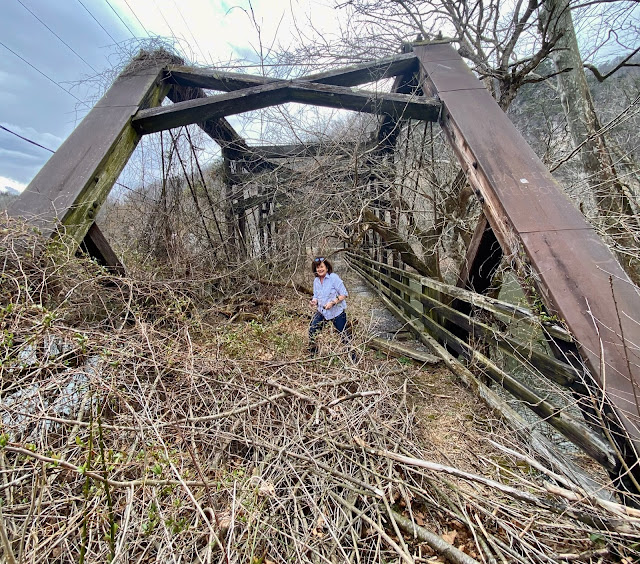 The bridge was constructed in 1884 to cross over the James River.
Our next stop was a visit to the Oakland Grove Presbyterian Church in nearby Selma. The historic Confederate cemetery which is also on the church grounds, was a highlight, as great-grandfathers were members of the Confederate armies. 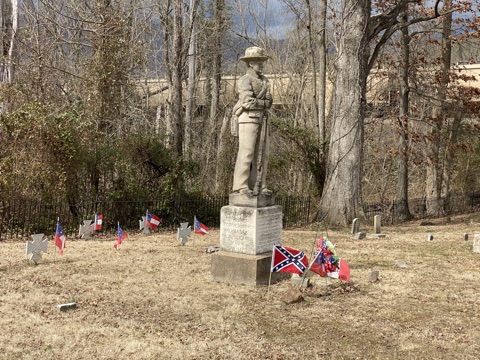 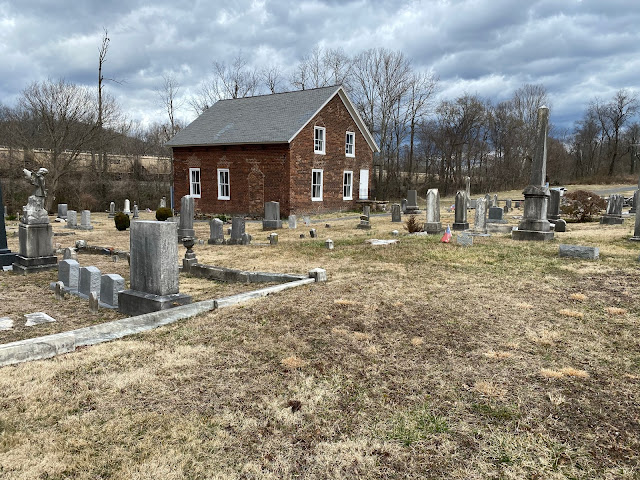 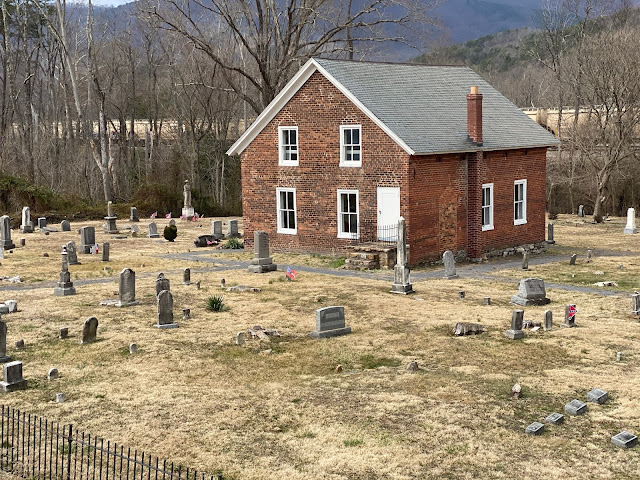 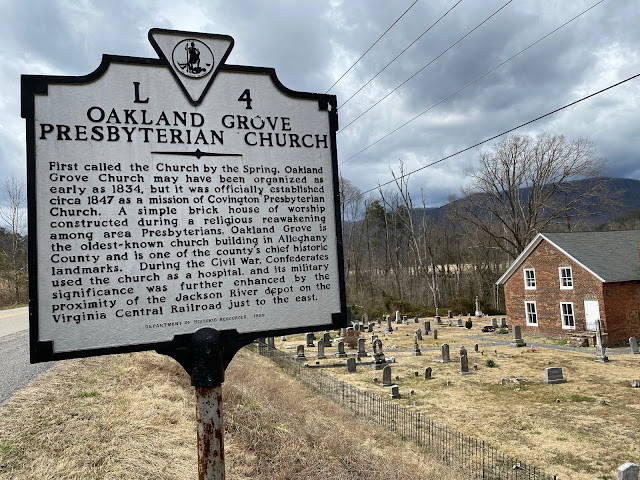 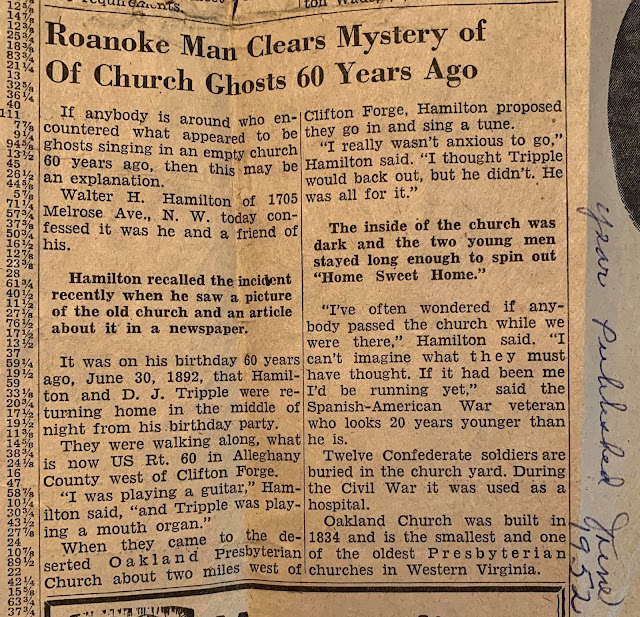 Next on our agenda was LUNCH!. Oh my, what fabulous ribs!  Roller's Smokehouse is located at 204 Market Street Ave in Iron Gate (also near Clifton Forge). Definitely worth a visit! 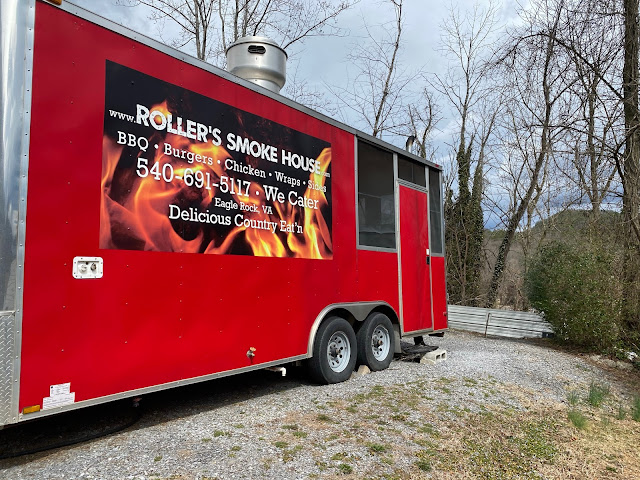 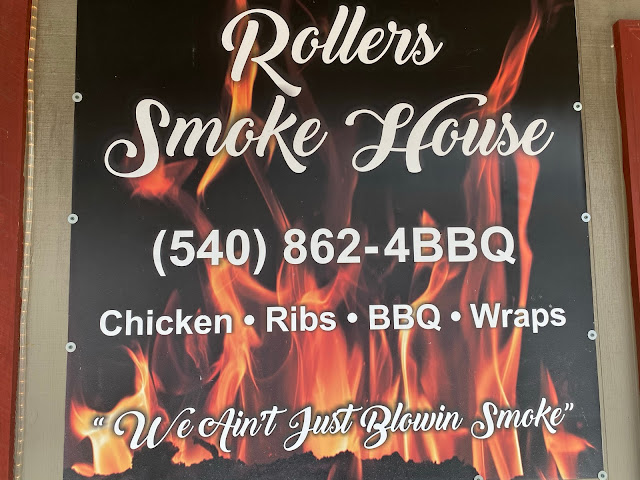 Next stop was the Crown Hill Cemetery. Several of my paternal ancestors are buried in this beautiful cemetery overlooking Clifton Forge. Included in this visit was a confirmation of my grandparents'
first child. Yep, I cleaned a tombstone! 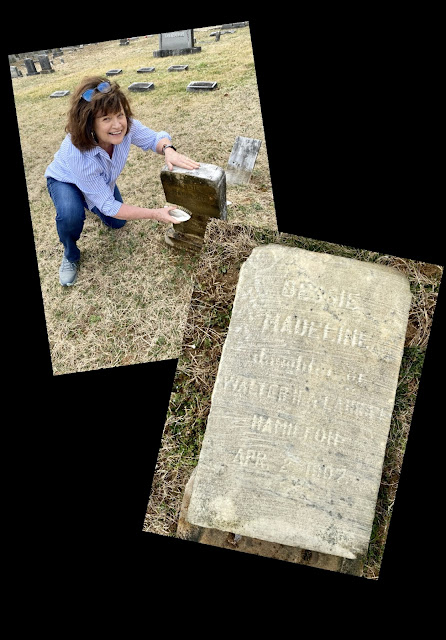 The tombstones below are part of the 8 Hamiltons in my genealogy searches, that are buried here. 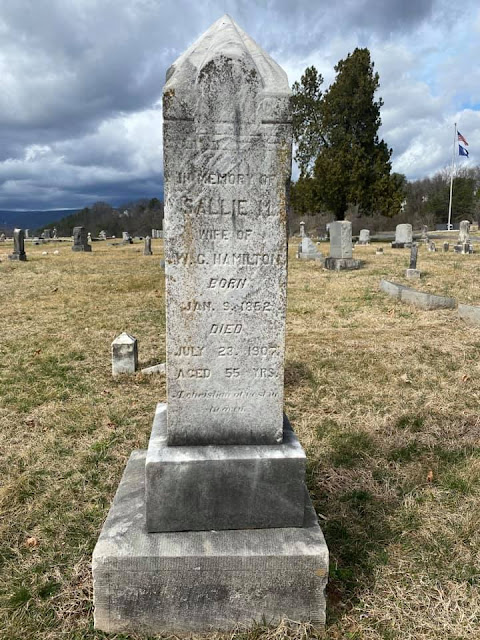 Ending out our day trip was a stop to observe the massive Paleozoic rock layers along highway 220! The sediments of sandstone made for interesting textures. More photos and explanations are found in this site: Eagle Rock 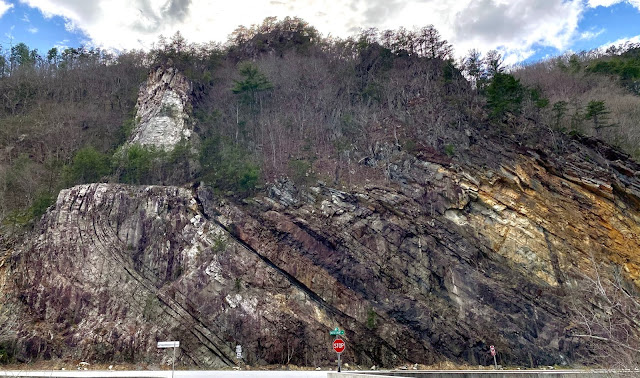 The last stop was a bit lengthy, but worth the time and effort......Nicely Funeral Home. As luck would have it, a funeral was in process. The police and head hearse driver assured me it was OK to go to the office.......so I did!😮😳. There I received copies of death and birth certificates of relatives.
"Do not go where the path may lead.... go instead where there is no path and leave a trail."........... we left a trail!

Posted by TK Sharpley at 4:56 PM No comments: