The Shelter in the Woods

THE SHELTER IN THE WOODS

We knew we wanted to do something special, simple, nothing elaborate, and something we knew our children would enjoy.
We wanted the bare minimum, a lean-to, and nothing involving a kit to resemble the park play ground equipment.
It had to be a structure that was safe, sound, and provide an escape from under the regime of our watchful eye.
Thirty-five years ago (35), this spring, the story of that sacred shelter, the TREE HOUSE, began.
What sounded like an easy task, involved a bit more than the following:
1. Find a tree
2. Take a few measurements
3. Buy some lumber
4. Wing it
5. Nail it to a tree.
Although we checked out a few books from the library, we realized that children could care less about design, function,
and neighborhood curb appeal. Tree houses, after all, are meant for forming life long friendships, sharing secrets, and living in
the pretend world, as long as possible.
As soon as the structure was complete, our house became an instant magnet. Not many of their elementary school friends had a tree house.
It became a fort, a kitchen, a tent, and a Mickey Mouse hut.
It was a look-out, a hiding place, and a reading room.
It was a grocery store, complete with smuggled-out-of the-house can goods.
It was a classroom, filled with table and chairs. I remember coloring books, crayons, Lego's, star wars, baby dolls, and paint. 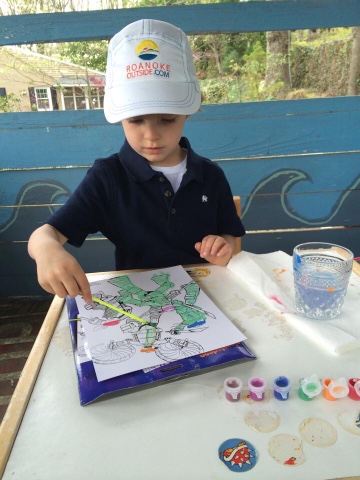 There were ocean waves painted on the inside, so I suppose it was once an ocean liner.
The snowy months of winter, provided a time for a nice hike on the path to the tree house. It was a safe haven from bear, deer, snakes, and raccoons.
During the later years of junior and senior high school, the tree house was equipped with fans, jam boxes, hairdryers, and the famous orange electrical
cord that ran from the house to their retreat! The floor of the tree house was designed to accommodate four sleeping bags. I suspect, however, that there
were times when that number doubled. 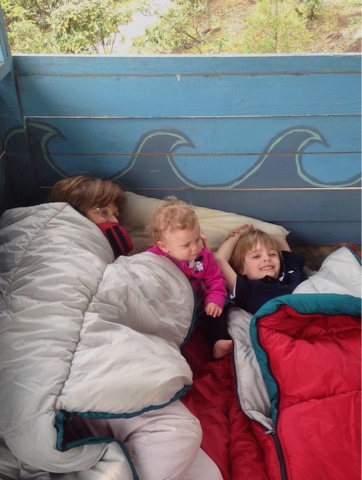 Fast forward to another generation. Our three adult children are now passing the torch and their secret stories to our five grandchildren.

Did I mention secrets?
Ha! Whatever Walter, Sarah, and Lauren tell you..... believe what you must!
(What goes on in the tree house, stays in the tree house!)
Fact or fiction, only the walls of the shelter in the woods know for sure.

Posted by TK Sharpley at 8:20 AM No comments: