The first football game is usually filled with excited fans, pumped up players, anxious parents watching, and LOTS OF LOUD CHEERING.
The William Byrd vs Cave Spring high school first game of the season was no exception.
William Byrd trounced Cave spring to get first win for the new coach Brad Lutz.
and YES..... we were cheering on the William Byrd Terriers. (final score 42 Byrd, Cave Spring 21) 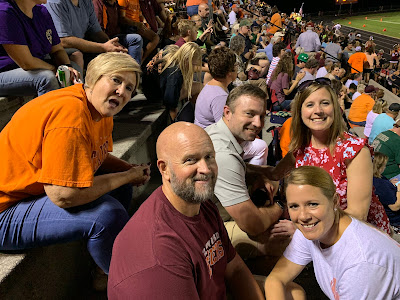 This crowd was just a wee bit more excited than merely the football.
Ethan is a senior this year, and he is the drum major.
And that is a BIG DEAL!
A.REALLY.BIG.DEAL! 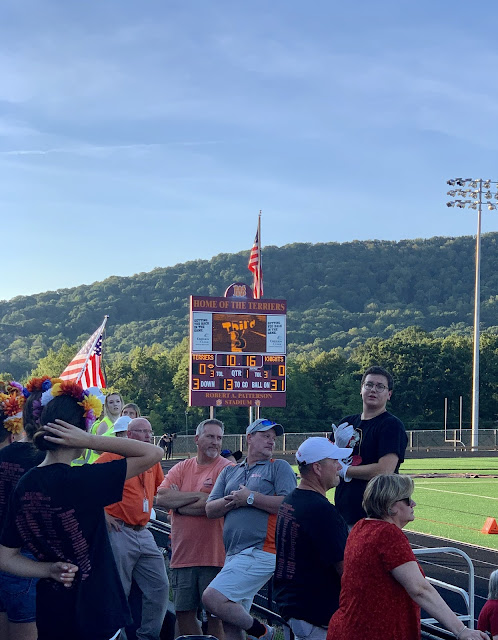 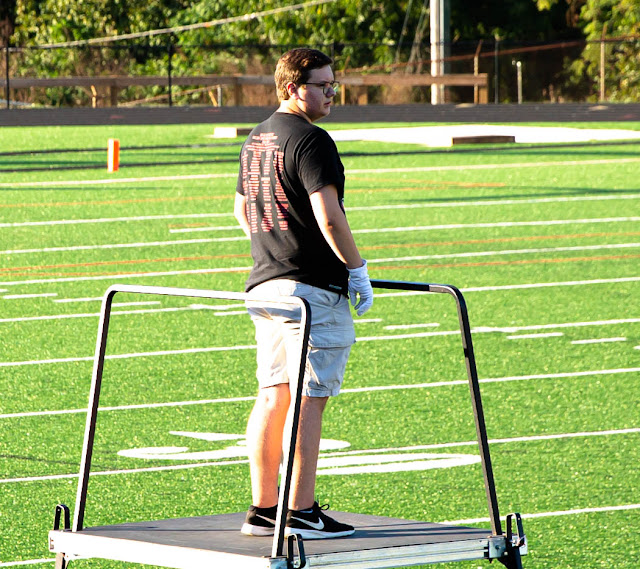 The band was not in their official uniform last night, but will be for the next game........ well, except for Ethan's white gloves.
KEEP YOUR EYES ON THE GLOVES, PEOPLE!
KEEP.YOUR.EYES.ON.THE.GLOVES!
It is Ethan's job to carry out the instructions of the band director.
He keeps the tempo.......... he never missed a beat!NEVER!
Check out this video! ↓↓↓ 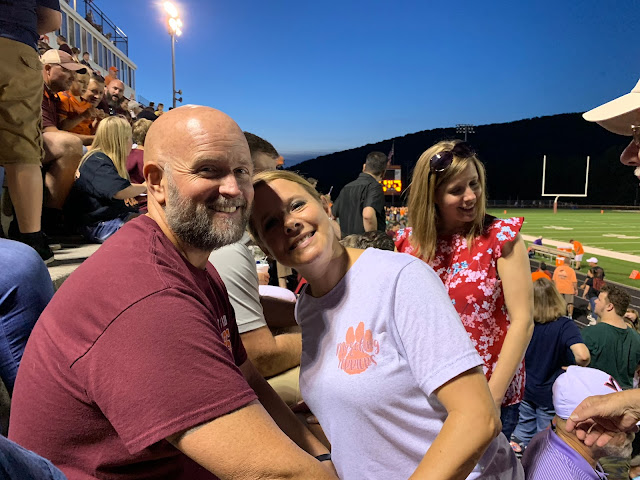 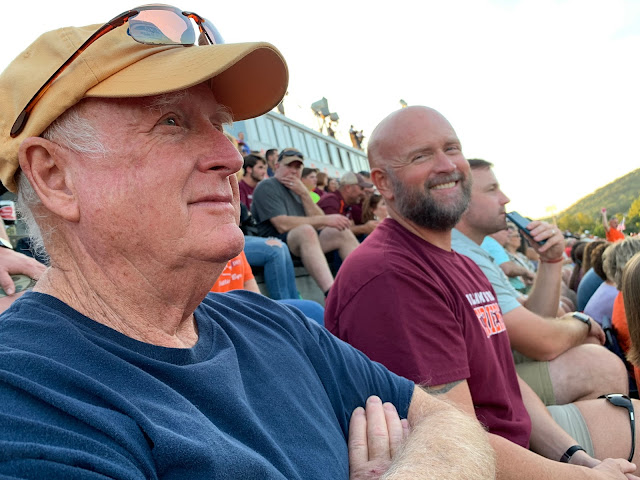 Here is one more video of Ethan!
Thanks for allowing us the opportunity to support you this year, Ethan!
Bravo, Ethan, Bravo!

The football was pretty good too!!! 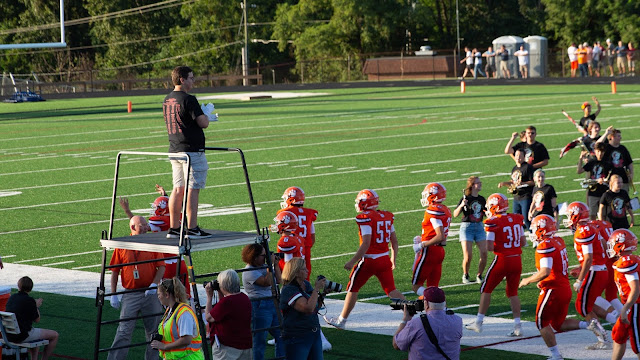 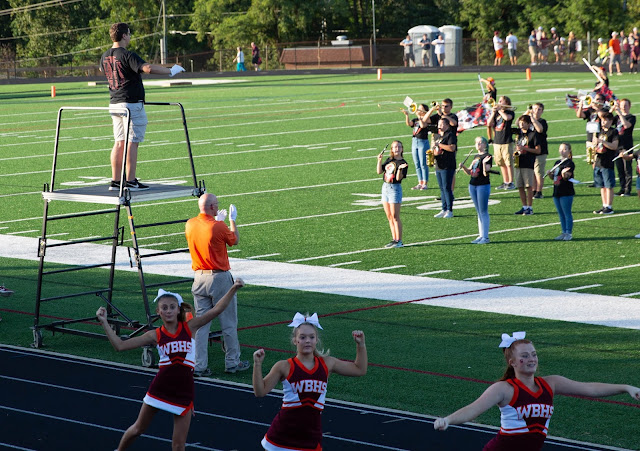 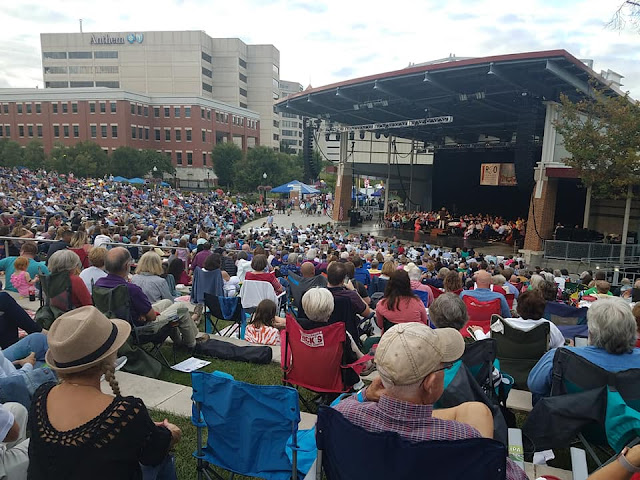 A stellar evening under the stars!
Music to soothe the soul.
Tonight's performance was a free gift to the community.
Our beloved Roanoke Symphony Orchestra 'unleashed the power of music' to a record attendance. 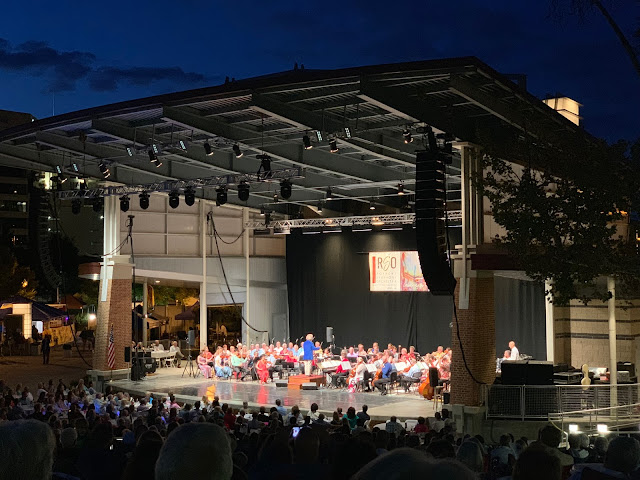 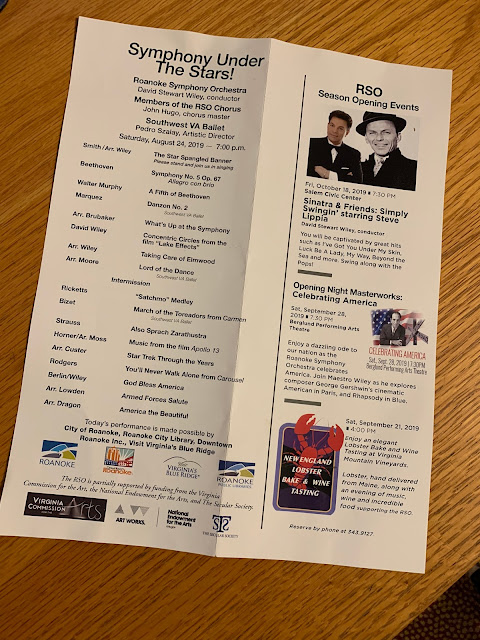 This particular performance begins David Wiley's 24th season with the RSO.
Read all about him here →→→ DAVID STEWART WILEY .
His accomplishments are stellar.
******The music of the orchestra, however, is created by combining the many talents of the individual members of the orchastra who have faithfully given their time, some, for longer than David has been in Roanoke!
The crowds gathered early.
Friends, families, children......... 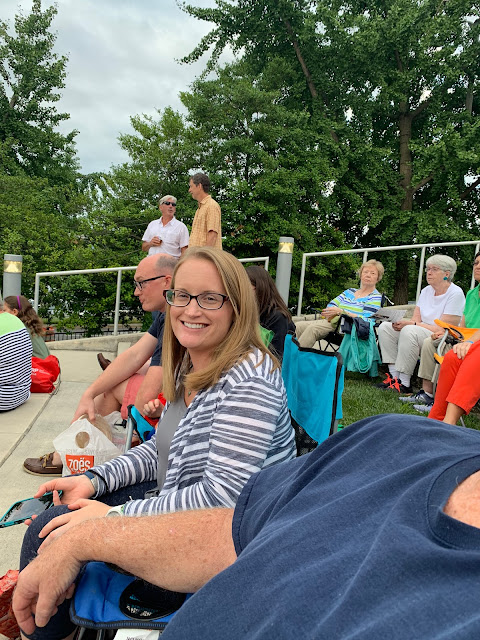 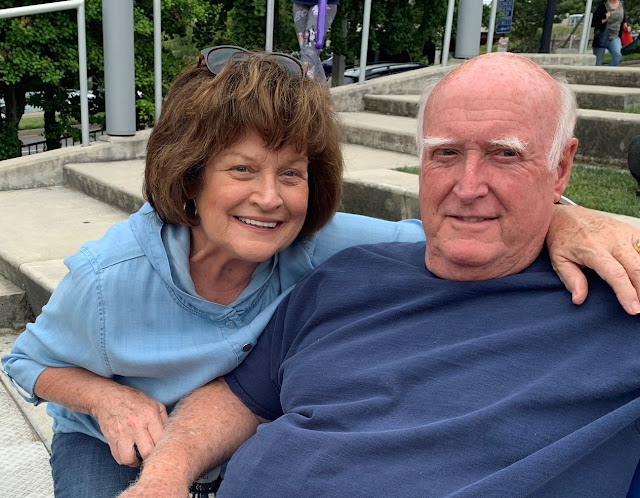 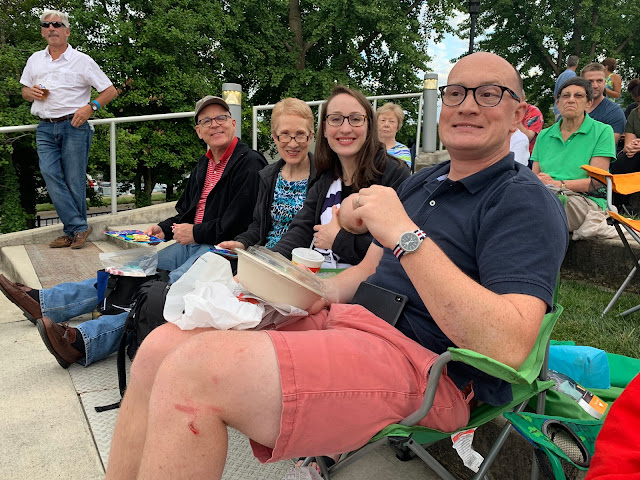 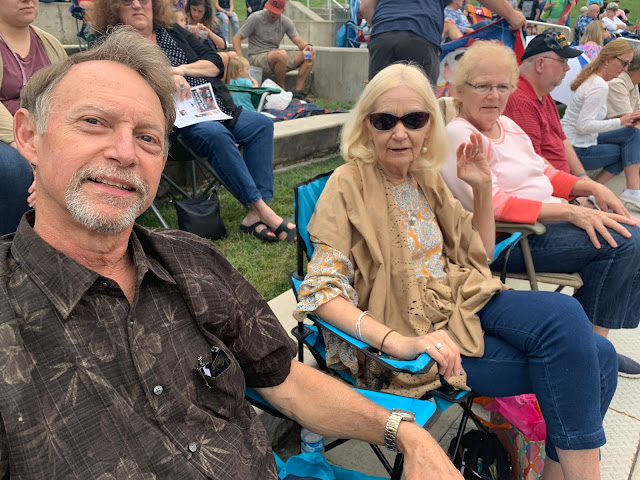 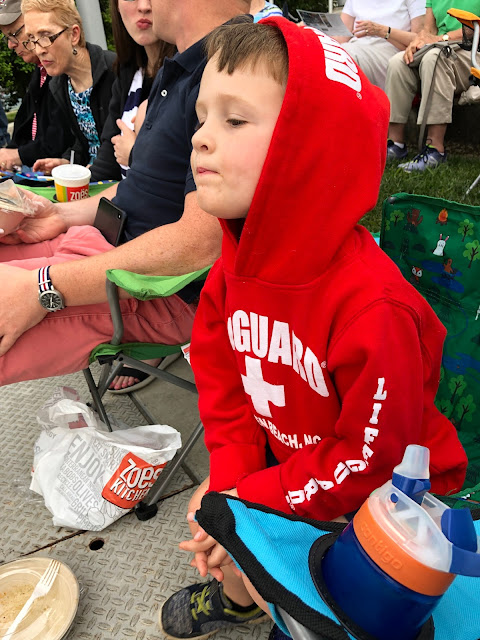 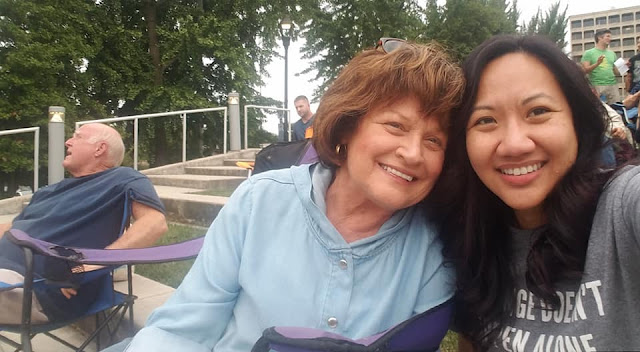 Other performers in the program included members of the RSO Chorus (John Hugo, chorus master), and the Southwest VA Ballet (Pedro Szalay, Artistic Director).
One of my favorite classical arrangements from Beethoven, was the Symphony No 5 op. 67 (Allegro conbrio). Here is a tidbit of trivia here:
The beginning of the piece is .....
dot.dot.dash
dot.dot.do.dash.
Think Morse Code here 😁😁😁
Would you believe that this is Morse Code for VICTORY!
Here is a FABULOUS READ about the Victory sign, and how Beethoven's symphony was used to promote morale for the troops during WW2! DOT.DOT.DOT.DASH
Yes, Victory!
This marking was called Victory mail, and was stamped on many letters from WW2.

The next time you hear Beethoven's symphony, think of Morse Code for VICTORY!
Bravo to the Orchestra, for a grand evening. 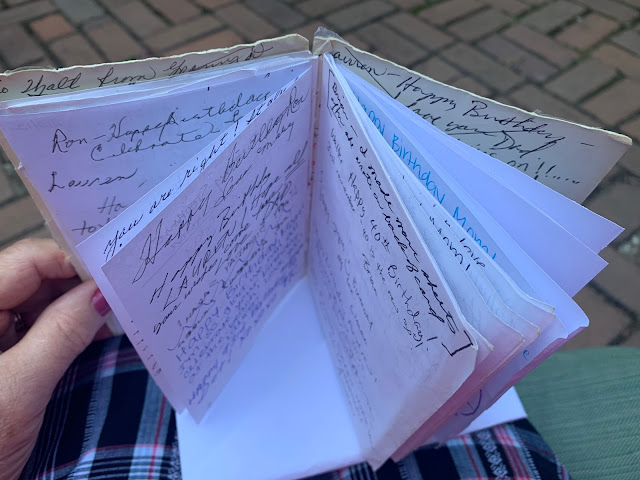 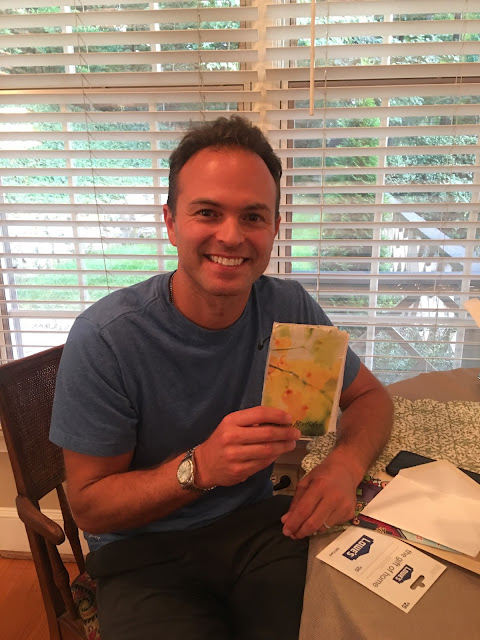 We pack a punch into the special times that we are all together as a family!
Brian's birthday was celebrated before his actual date, and mine was a delayed celebratory event.
And about THAT card 😃😃😃😃😃 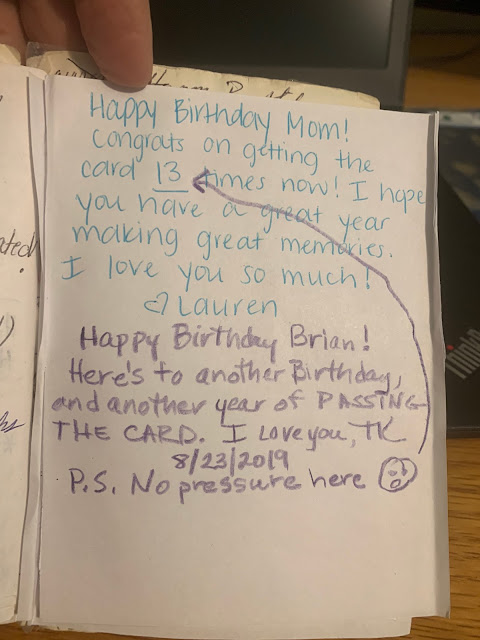 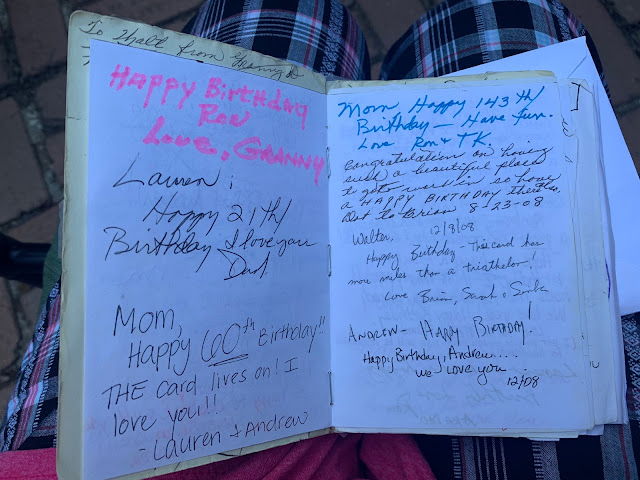 That prized family tradition that has been passed down for soooooooooooo many years!!!!! Here is another blog, written in 2015(and includes excerpts written by Lauren in 2009!!!) 👉 PLEASE PASS THE CARD
We laughed,
We opened presents, 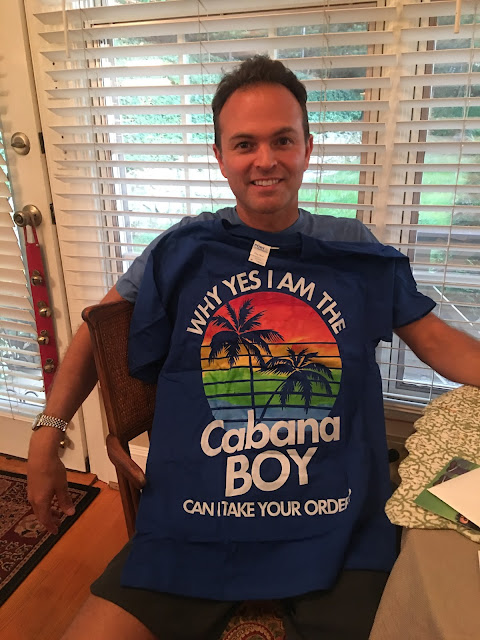 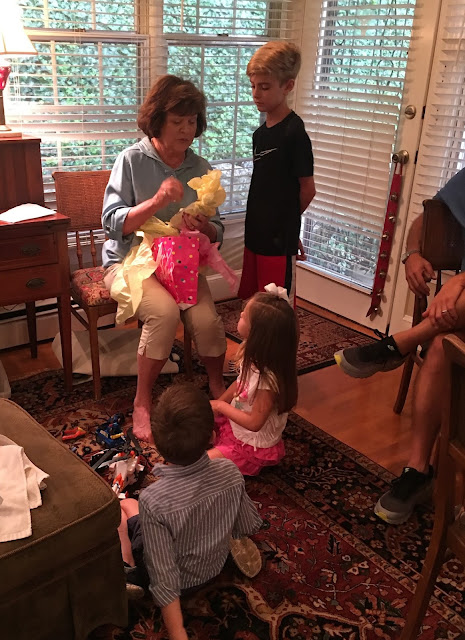 We blew out candles and ate cake! 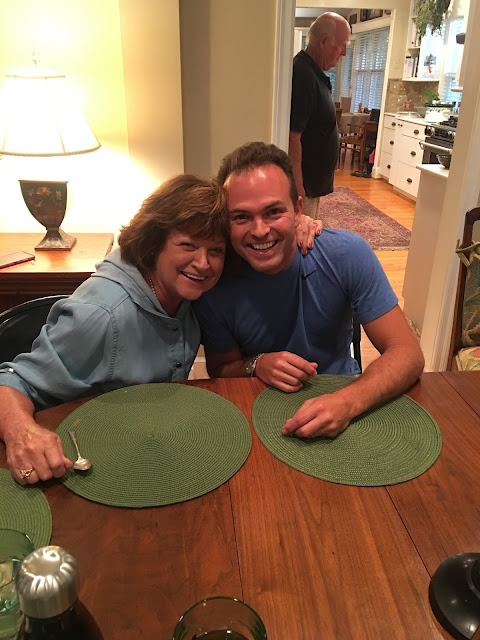 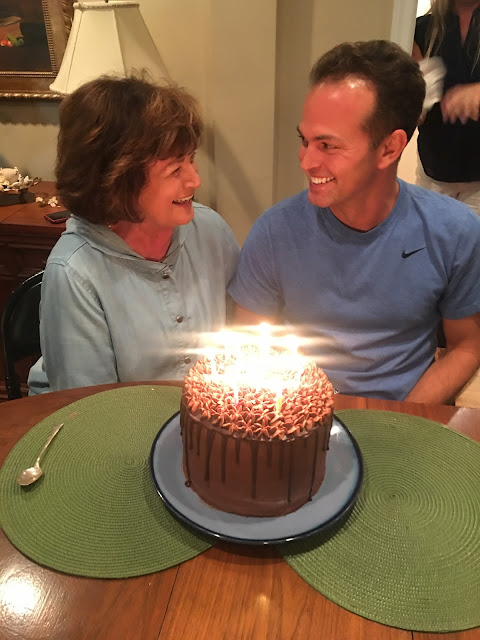 And about that cake 😘😘😘😘😘
Holy Moly Lauren...... Your baking skills need to be on the Great British Bake-off ! 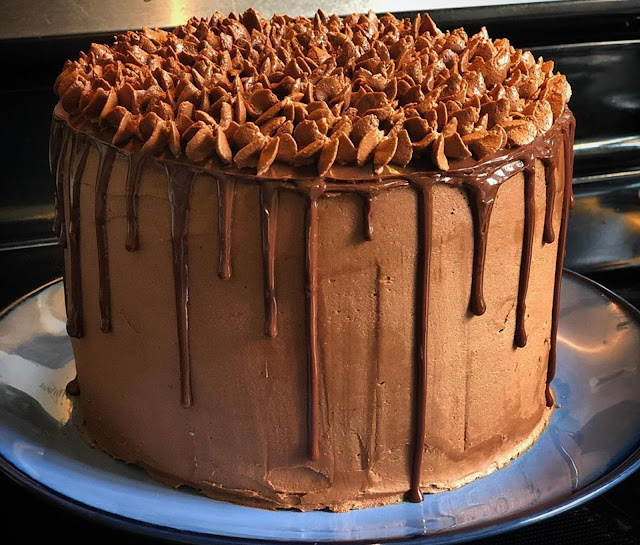 The most wonderful part of the weekend.........
Getting my family together,
FOR THIS 👇👇👇 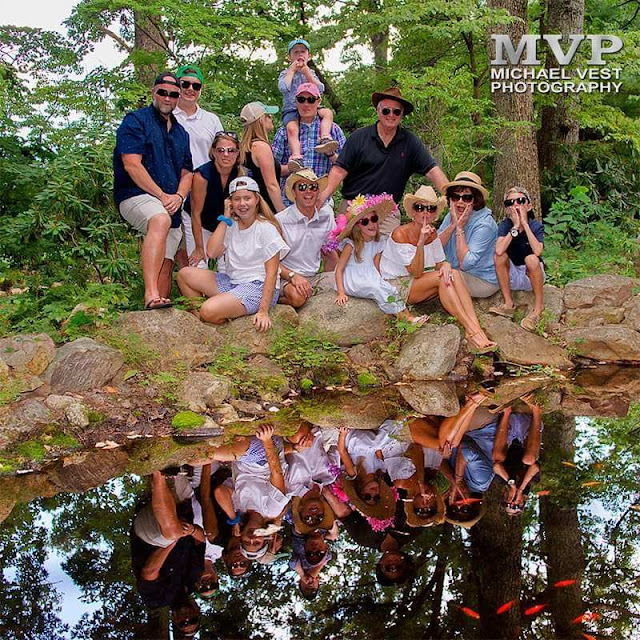 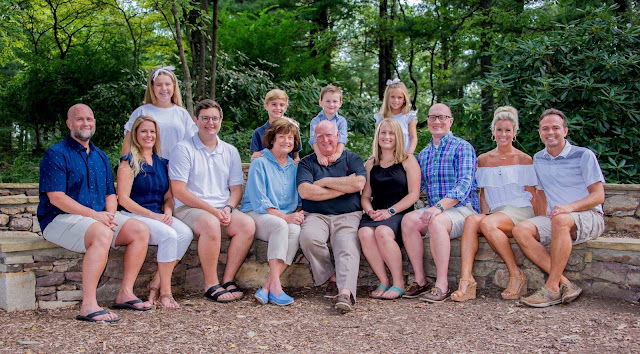 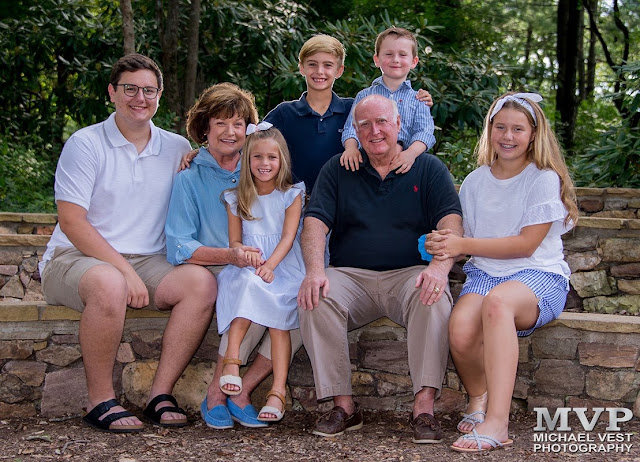 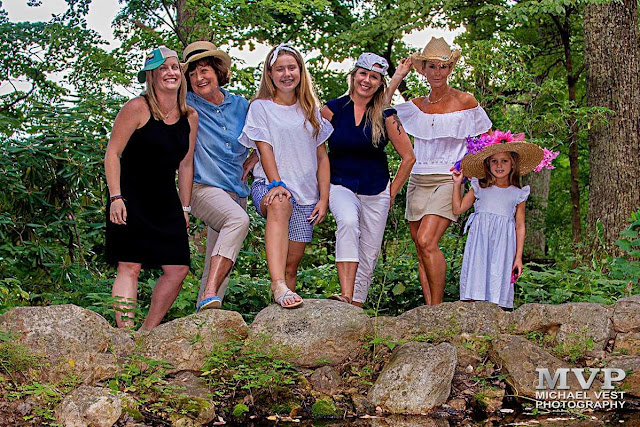