And so it begins!
Maps,

AND OF COURSE: My camera equipment! 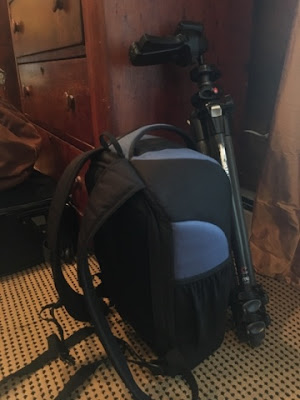 Last but not least! My designated driver, partner in crime, and soul mate ❤️ 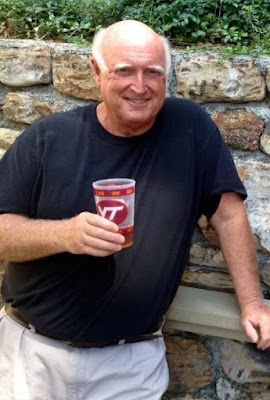 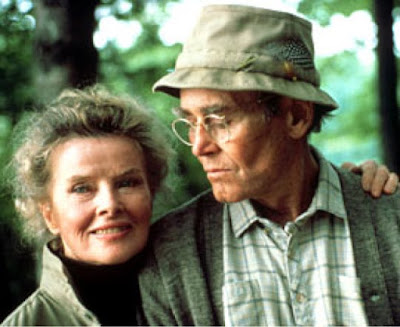 It's still summer, y'all.

Nothing tastes any better in mid-August than what we call a YARD PIZZA!
Everything in this pizza (but the crust and cheese) was grown in our garden.... tomatoes, green peppers, onions, basil, oregano. 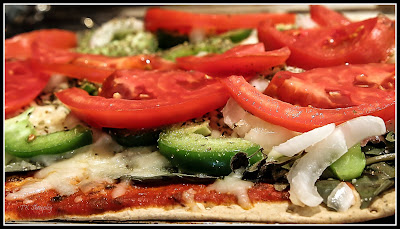 Next in the list of favorite mid-August meals is our homemade vegetable soup.
Again, most of the ingredients were hand picked from the garden!
We try to make enough soup to freeze for future dinner meals.


Most of the summer squash, zucchini, green beans, tomatoes have been harvested/cooked/frozen/eaten. 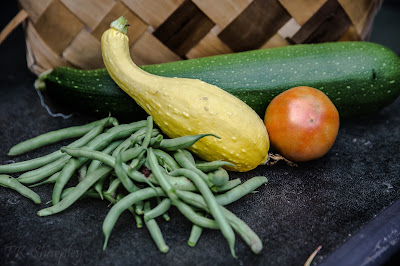 Signs of fall appear to be showing up in the garden, but it's still summer, y'all!!!
WE HAVE ANOTHER MONTH OF SUMMER!!!
If you are a regular reader of this blog, you will recall this one written on July 25th,
BEWARE of the Crawling Butternut Squash (click on link to read)
The last count for these Butternut Squash totaled 7, and won't be ready to pick until mid September.


This is what I call 'eating local'!
Keep enjoying summer, y'all!
BTW... Fall Kale has been planted, and is already UP!
Bring on the Kale Smoothies♥ 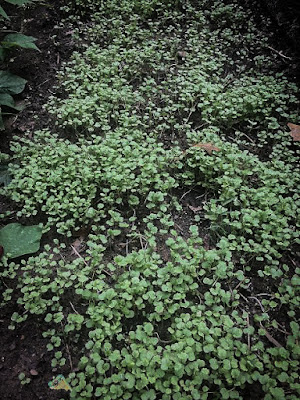 Posted by TK Sharpley at 5:00 PM No comments:

August 11-12th.
Time? We set out for an excursion at 11:00pm. (Call us crazy).
Purpose? We had intentions of viewing the PERSEID METEOR SHOWER (great link to read by Space.com)
Everything that we read indicated the best times to view these showers to be between 1-2AM.
They were suppose to be superior!
We knew we had to be far away from the ambient light of the city.
We knew we had to NAP before venturing out in the middle of the night.
And we knew that we had to wait until after moonset.
We were prepared with our camera, tripod, and all of the information needed.
Here is a site you might want to read----> How to Photograph a Meteor Shower
The Blue Ridge Parkway, provides a variety of overlooks, great for viewing.
Our first stop included The Peaks of Otter.
The moon had not set, but we stopped anyway to take in the gorgeous views!
Next on our late night trip on the Parkway was a stop at THUNDER RIDGE OVERLOOK  (Mile Marker 74.7). This is a superb view of Arnold's Valley and an 8 minute loop trail. Altitude is 3,485 '!
THE PARKING LOT WAS FULL...... and it was after mid-night.
Who are all of these crazy people anyway???
Photographers had their places staked out!
There were campers, hikers, and lovers of the night sky. 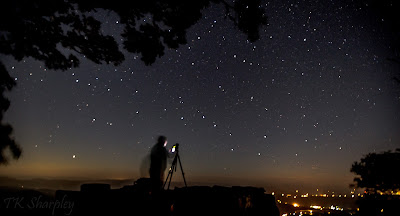 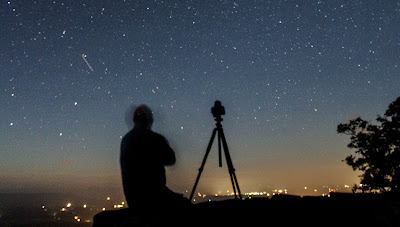 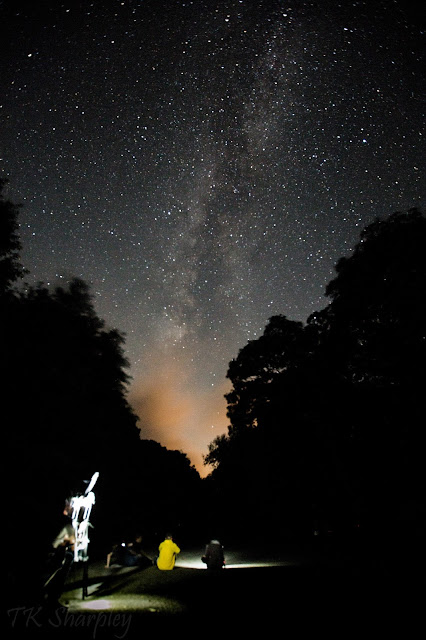 We had our beach chairs set up.
We were reclined..... and lost in the sea of stars.
And OH THAT MILKY WAY. 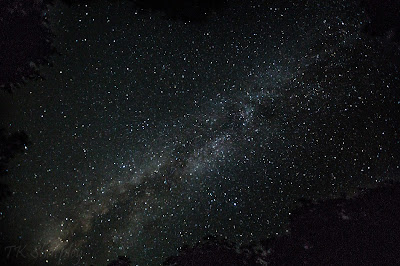 I wanted to capture the shooting stars on my camera, but it just didn't happen.
What DID happen was a heavenly experience.
The clear night sky, filled with stars, always impresses me.
There is a feeling of awe from the world around me.
Ron and I sat until waaaaay after 2 AM....
We were both in a trance, looking up.....
Speechless and mesmerized.
Were we tired today? Yes!
Were we at peace? Yes!
Was it worth the trip? ABSOLUTELY!

PS.
Without the help, support, and friendships made along the way, my nighttime experiences with the sky and stars would never have happened.
Dare to step out of the box!
Photography failures? YES!
Successes? YES
Friendships? YOU BET!
Here is a post from my Facebook friend, MATT POLLOCK(a master behind the lens)


Even the Stars Must Fall!
Its not often that you get to go out on a night touted as the best meteor shower of the past decade. Predictions were saying that up to 300 meteors per hour would be whizzing around between 11 PM and 1 AM. Wow!
I and several of my astrophotography friends were pretty excited and each of us went out in our respective parts of the country with a lot of anticipation and preparation. I arrived at Cherry Plain S.P. an hour after sunset with the idea that I would begin shooting a 360º Panorama of the foreground objects in the moonlight then switch over to the sky hunting meteors when the peak hit and the moon set around 12:50 AM.
Didn't take long for things to go terribly wrong. The gates to the park were locked and a sign said the campsites were closed except on weekends this year due to construction. Great. Now I had to pack in a ton of gear and made several trips. Next, weather predictions were for partly cloudy skies. Really? Trust me this was not only MOSTLY cloudy, but was more like hunting for a suitable window in a submarine. The south was black with clouds and lightning was dancing in the distance. Okay. Scratch the milky way core for tonight then. How about just an open patch of sky? By the time I had the tripod and pano head in place the few stars I had seen were replaced with blackness and illuminated clouds reflecting back light pollution and misery. The humidity was making everything I touched wet including my lenses and camera so I put a couple hand warmers over the lens barrel to prevent persistent fogging.
Wait. Whats that I was hearing. A humdrum rhythmic pattering sound in the distance gradually getting louder. Oh great! rain was coming over the backside of Taborton mountain and heading down towards the lake. Mass scramble for plastic bags to cover my camera, lens and astrotrack. Nice. my bag was all wet now. Had left it open for a bit to get the bags over the gear. Zipped the bag and scrambled for the beach house overhang and spent the next hour watching the rain after toweling off everything in my bag. They hadn't predicted rain until sunrise. Finally, it stopped and I went out and got the camera going. No sense in doing a panorama now. The moon was down.
And so it went. about 3 AM the northern sky cleared a bit and I set up solely on Perseus, The Pleiades Cluster and the northern end of the milky way and began a time lapse. I also saw one crazy impressive meteor disintegrating in the lower atmosphere that broke up into chunks. Didn't catch that one either. Nice!
Let the time lapse go until the end of nautical dawn and began slowly getting my gear together when I looked up and saw the sun pierce the clouds to the south and light up the horizon. Took a single shot. I know many of you think I'm crazy, but that one image made the whole trip, ordeal and frustration worth it. Its not the best sunrise image I have captured but it really wasn't bad and reflected the tranquility and beauty of this magic place nearly in my back yard.
Decided to sit back down and enjoy the sunrise and put the nights difficulties behind me. Before long, I was back in the groove and enjoying the park, the fog rolling in and over the dam and watching the wild life playfully laughing at me as a flock of ducks and geese rose up and passed me, looked down and seemed to say: "See." "Wasn't last night grand?" Well yeah..... perfect duck weather. Ha!
I know I wasn't alone. Texted with close to a dozen people from Maine, down the Northeastern seaboard, New Hampshire and even out west who had no luck at all. Just one of those nights. I did catch a few but they were mediocre for the storm of the decade. I will be seeing what I can do with them and a possible startrail shot I might try.
Such is the life of a crazy astrophotographer. 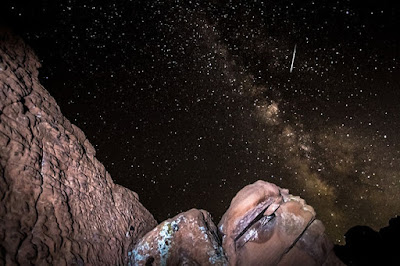 Who is Lizzie M. Parsons? 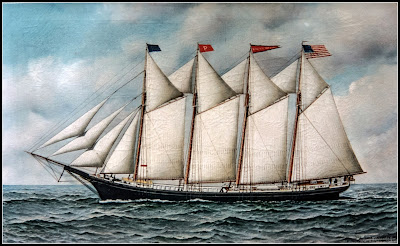 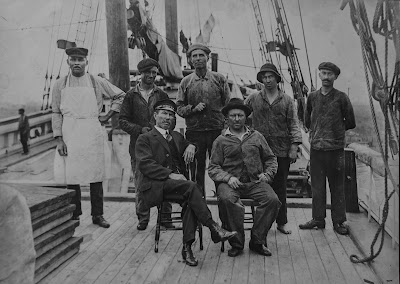 The Lizzie M Parsons was built in 1902. in Bath, Maine by Kelly and Spears contractors. Capt. Sharpley took command in 1903. He remained the Capt. until 1916 when he died. The launching took place in 1902 in Bath, Maine into Kennebec River. (Today, tours are given at BATH IRON WORKS, including the MAINE MARITIME MUSEUM) 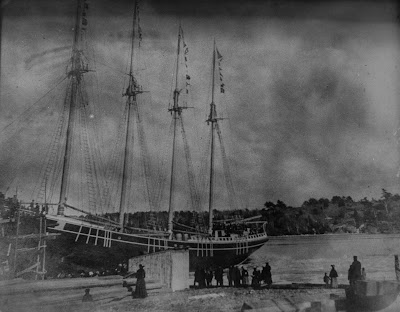 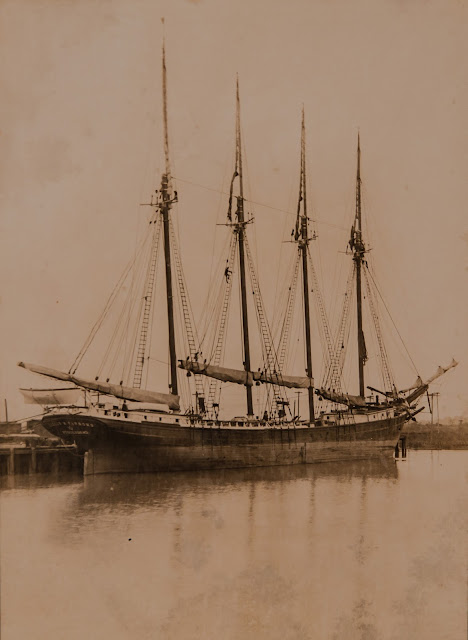 Her length of keel is 160 feet, width 35.3 feet, and depth of hole 13.3 feet.
The ship sailed until 1925, under another Capt. During a storm the ship ran aground on a shoal near Atlantic City, NJ, broke up and sank in the heavy seas. All aboard were saved. 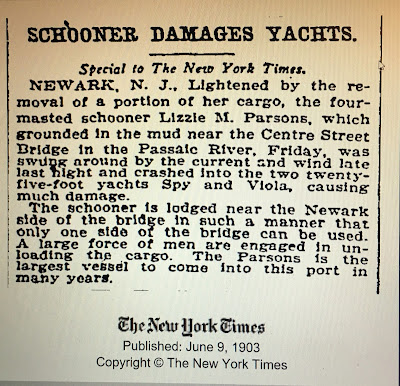 An oil painting of "Lizzie M. Parsons" was commissioned by well-known artist Antonio Nicolo Gasparo Jacobsen. CLICK HERE TO READ ABOUT THE ARTIST. He was a Danish-born American maritime artist that painted more than 6,000 portraits of vessels.

For once, here's hoping history doesn't repeat itself.
If this 35 yr old fine vessel crashes into the shoals, or into yachts, we are in big trouble, right Capt Ron Sheppard Sharpley? 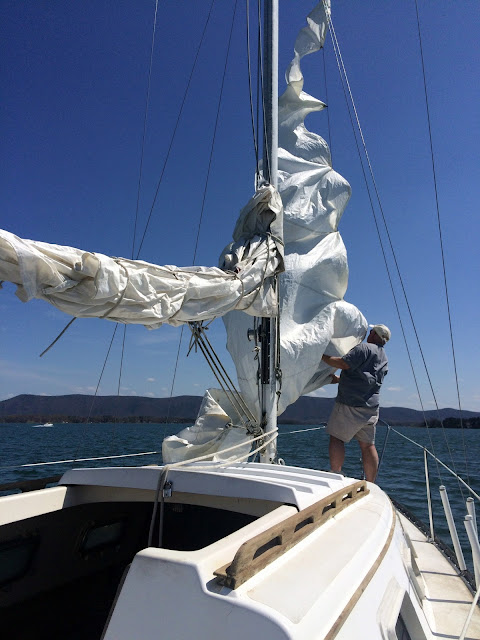 From the Nautical Gazette - August 27, 1913: (New York Notes): Vessels at the William J Gokey yard undergoing repairs include the schooner "LIZZIE M. PARSONS", which is having the bottom painted and misc. repairs.
Seriously????? Our 'vessel' was taken out of the water for the FIRST time in 35 years and had the bottom painted! 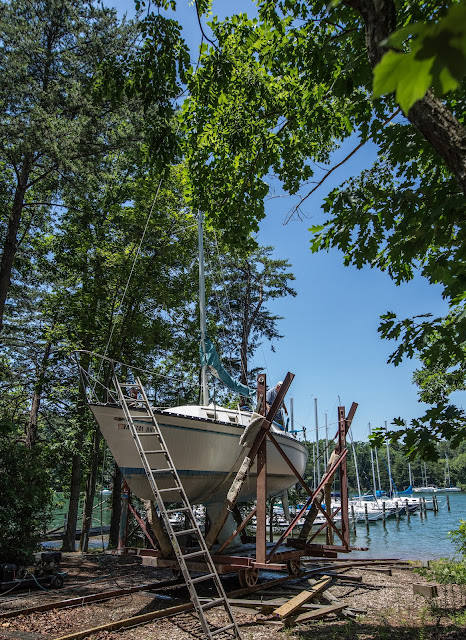 HAPPY SAILING!
Posted by TK Sharpley at 11:14 AM 3 comments:

Another trip around the sun

As Charlie Brown so eloquently said... "good grief!"
For me, another trip around the sun meant that I was 68 years old!
Hard to believe.
Most days I don't feel 68.
I used to think 68 was "elderly", but honestly, 68 is more about health and attitude.
It's a gift to wake up everyday.
Rise and shine!
And BE HAPPY!
Like Dave Ramsey said: Don't walk around looking like you were weaned on a pickle. If you are happy, notify your face! (that quote was on Twitter)
Happiness for me on my birthday (July 28th), was having most of my family all in one place........at the same time! 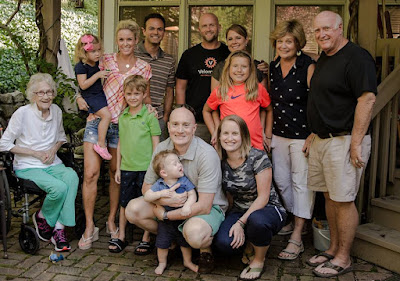 My thoughts on growing older?....... I'll attempt to be as graceful as possible!
The journey around the sun has already begun again.
See ya next year!